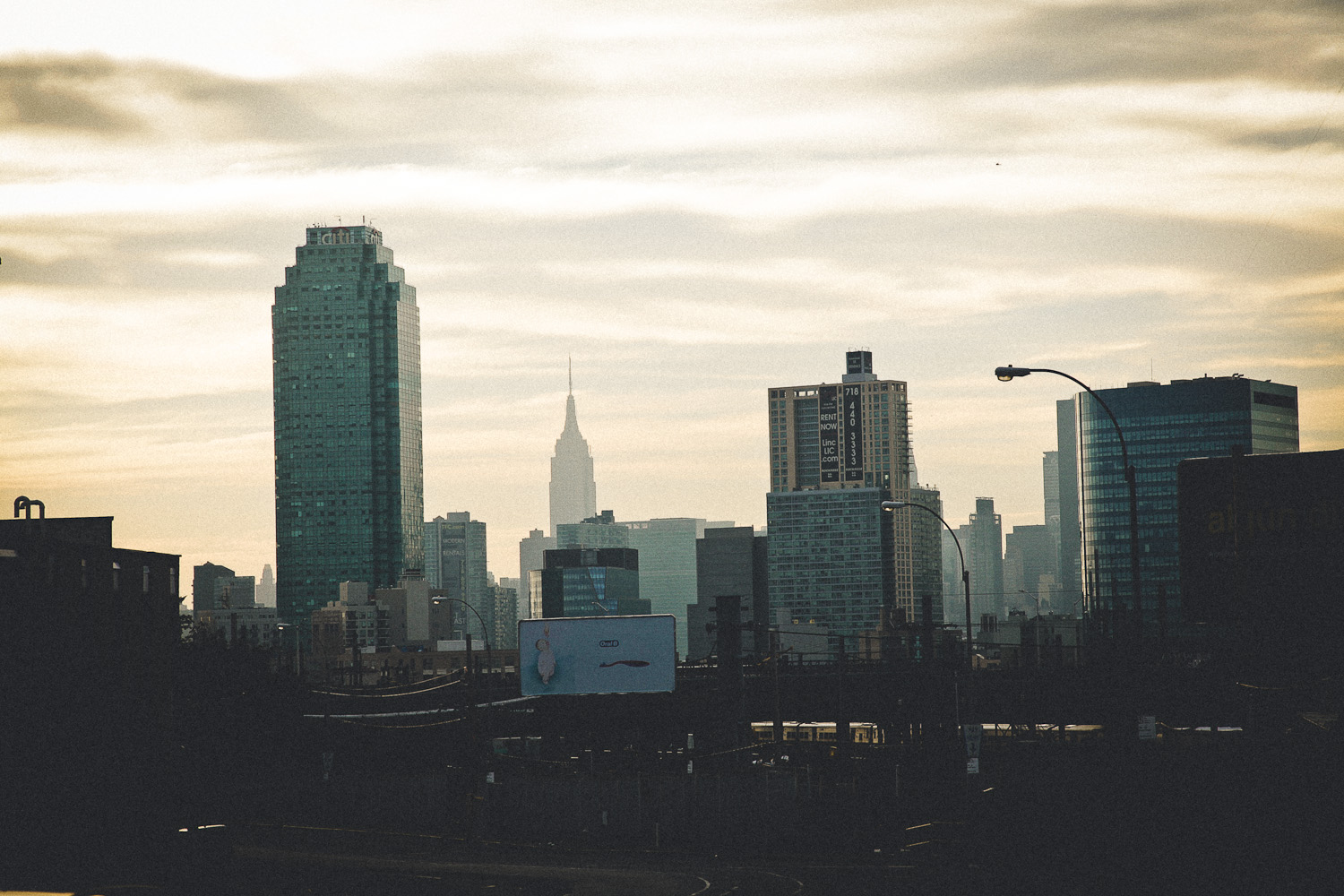 When film first peaked my interest, I bought a Canon T3i and had no idea where to start. I was shooting at 30fps at 200 shutter speed and didn’t understand why my images were looking like crap. I actually went to Vimeo and searched my home town. I found a local guy by the name of Chris Weatherly. I sent him a message and a week later we met up at Panera. We chatted about our love for Eliot Rausch and the latest shorts we had watched.
A few weeks later, he invited me to run audio at an interview he was doing the next week. After the shoot we bonded over Staff-pick videos in his office. Four years later and Chris Weatherly is now one of my greatest friends. We’ve collaborated on dozens of projects, we share gear, time, critique. It took time, but a friendship like that in the film world is totally worth it!

Wish you were apart of film ‘in-crowd’ that makes amazing stuff?

Take a second and be honest about your current status as a filmmaker. You login to vimeo and see the latest staff pick. It was produced by 5 all-star individuals that somehow always create amazing pieces of work together. You wish you could sweep the floor or run coffee for these guys to actually join in on their gorgeous work.
You’ve even tried collaborating with some film friends, but your project never gets finished. Or even worse you throw it online and ‘crickets’ – nobody cares.
Working as a lone wolf filmmaker has it’s challenges. You spent days working on an edit, and still have no idea if it makes any sense. You don’t have anybody giving you advice, critiquing your work, or pushing you creatively. You’ve sailing across the ocean in a rowboat, and looking at your past 3 films, your lack of progress shows it.
Maybe you’ve thought about collaborating before. You’ve even sent a short vimeo message to some of your film gods and followed them on twitter. But let’s be honest, you have no idea how to connect, or move your collaboration past the occasional like and comment.
Despite what you think, you can collaborate, it’s not as difficult as you think. If you want to 10x your progress as a creative I suggest you start working with others immediately.
Let’s jump in. How do you collaborate with other filmmakers. Where do you find people to push you and create with you?

Let’s find some people to work with.

Let’s start with low hanging fruit. People that live near you. In-person collaboration is the most powerful to have in film. It makes sense to find people in your town if you’re going to be helping each other on shoots and projects.
If you’re just starting out this is the route you need to take. Get started by going on Vimeo, typing your city in the search bar, and hitting enter.

Look for filmmakers in your town or surrounding area. Now you want to check out their work. Don’t message everyone in your town with a plus profile – you want to find people who have work you respect, or someone you actually could see yourself collaborating with.

Check out their work. Does it match some of the projects you’ve worked on? Do they have similar skills as you (shooting, editing, directing). Would your skills compliment well (DP to Director)? We’ll dive more into this idea later on in the post.

Another way to find local filmmakers in your area is to check google. Just type in ‘my city’ film, ‘my city’ production company, etc. You’ll get more results than you’d expect (especially you small town folk). Again, look for peoples work you connect with, could see yourself helping.
Make a list, use a spreadsheet, or just keep it mental. Start planning to reach out.
This should give you a good crop to choose from. If you’re list of people is still low, here are other random places to look locally:
For example, my town in southern Indiana has a tiny University with one of the top theater programs in the nation. Talk about some amazing opportunity for collaboration with excellent talent.
Another great tip: quit looking to climb the ladder. You don’t always have to collaborate with people at the next step (above you). The smarter and easier way to collaborate is to look left and right, not up. Surround yourself with people on your level, and you’ll all rise higher with each other.

Here’s a mind blower: you can even look down. Find people younger than you and less experienced. Invite them along to help out. Critique their work. Push them. In 10 years they may be hiring you to DP their next feature. Think who can I help?

Think outside the box, get creative.

Another way to find amazing people to collaborate with is to look at people have different expertise than you. If you’re a director, look to connect with colorists. If you are a DP – reach out to gaffers. If you edit, connect with VFX producers. Film is a team game – don’t huddle in the corner with people that have your exact skills. Start building a group of friends with multiple talents. Reach out to composers even! Don’t limit yourself to other one-man bands like yourself. Start thinking of people and making a mental list of potential members of your collaboration dream team.
So you’ve probably thought of a few individuals that you’ve been following on twitter, vimeo, or you’ve seen around locally that you can connect with. Now comes the intimidating part; actually making the connection.
Let’s talk about how to connect without ’seeming desperate.’ There’s a few different routes to approach connecting.

It’s time to reach out and connect.

The first level of connection is just getting on peoples radar. This level is pretty common – but it’s never to late to join the party. Start following people on social media and vimeo. Become an active participant. Use the comment button, it’s there for a reason. Starting commenting on videos, sharing critiques / thoughts. I talked above about how we’re all scared of posting a video and receiving no feedback. Give feedback! Here’s another thought – share your friends videos. Help them succeed.
Another resource that isn’t used to often is the Vimeo message system. Vimeo is the central location for filmmakers. Besides posting videos – it’s other tools are under utilized. Start messaging people you want to connect with. Send them kind words or a thought out critique. Twitter and email also both rule for reaching out.
Lastly, the most effective form of connection: REAL LIFE. Again pursue the local connections that I talked about above. But take it past the computer screen. Get out and meet for coffee – exchange film ideas. Even offer to PA for local filmmakers. By the end of a day shoot you’ll have connected with the entire crew. Volunteer to shoot BTS on their latest project. Offer them to help them in anyway they need it. Or take it a step further – offer them a way you can help before they even know they need it. If you notice while PA’ing they never have someone shooting BTS. Offer to shoot BTS on the next shoot they have.

I’ve made a few film friends, now what?

Now let’s get into what to actually say to these newfound filmmaker peers. Short and simple, be a friend. Be helpful, think about their interests and needs first. Rather than thinking – ‘what can they do for me.’ Start thinking, ‘where could I provide value to them.’ It doesn’t have to be anything major either, think of small acts of value.
Here are some examples. Leave helpful comments on their projects. Give real, honest feedback – both good and back. Send them helpful articles they’d enjoy (like this one). Send them awesome videos you’ve felt inspired by or think they’d enjoy. Connect them with people you know, that they may want to connect with. If you know a sick composer,  give your newfound friend an open door to their music and their services. Basically, don’t be a butt. It sounds simple, but it’s so funny how our knee jerk reaction is to hoard our ‘ideas’ and ‘resources’ from others.
If all else fails, ask for advice. This is a great way to start a conversation with anyone in the film community. Again, think about looking left and right rather than up. People who have a decent presence in the film community are probably a little sick of seeing crappy videos flood their inbox. That’s why you need to make it extremely simple for them to provide advice or feedback. Don’t send them your latest 30 minute short for a review on your first email or a giant 40-page script. Instead send them a logline or a short treatment to critique. Make it easy for them to give you advice and they’ll thank you for it later.

Follow up is key in any relationship. Collaborative friendships are either growing or shrinking – it takes a lot of work to keep the relationship going. Staying involved on social media is a given. Continue to deepen your collaborative friendship by looking for ways to involve them in your projects or helping with their projects. Even if it’s small things like advice. Keep updated with their lives and look for opportunities to help out!

Send me an email at chris@gofilmnow.com and send me one thing you wish you knew about filmmaking. What do you need help with?

Share this article with a film friend for extra friend points.